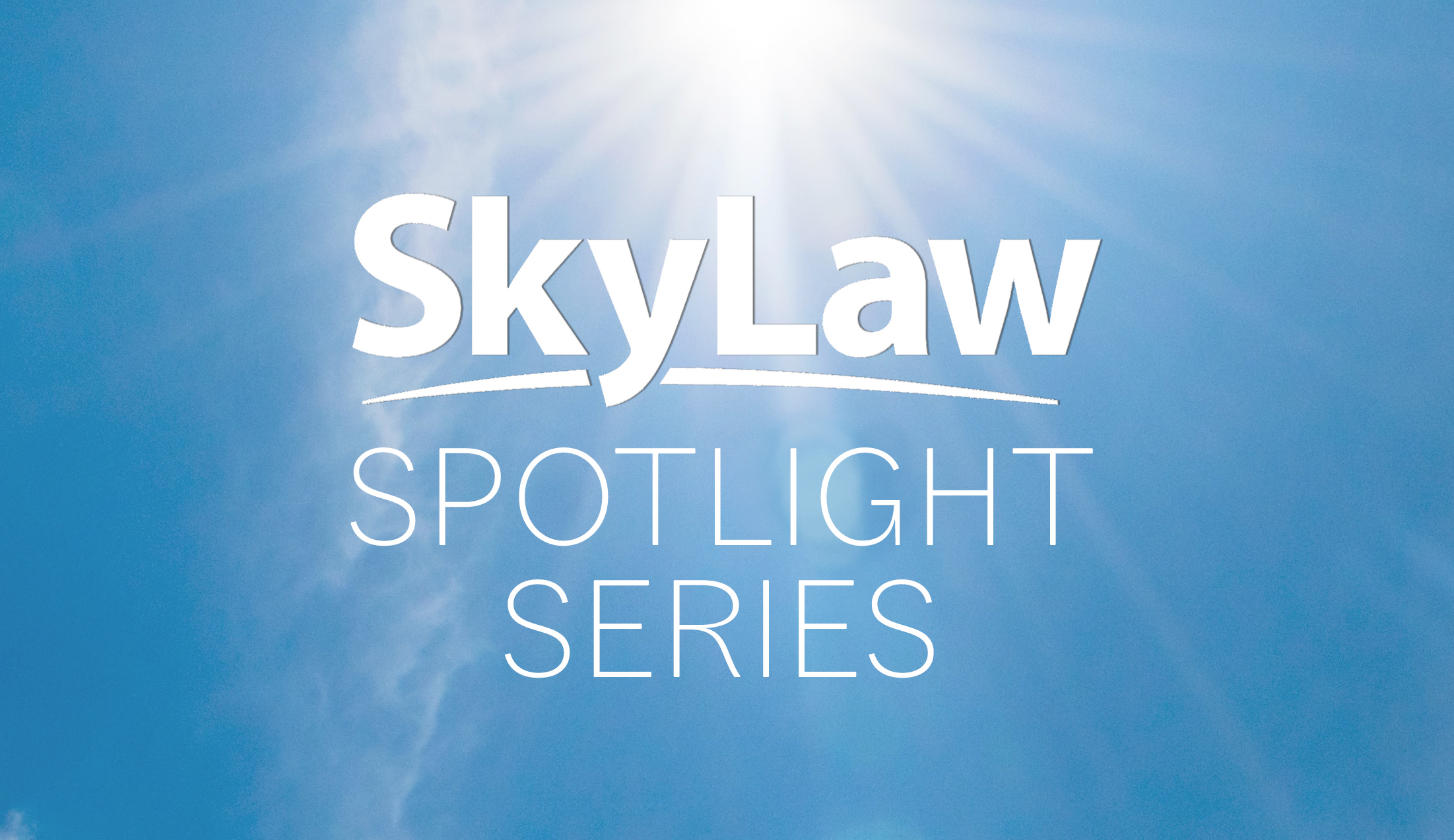 Spotlight On: Shareholder Activism in Canada

Shareholder activism is an important force in Canada.  Here’s a snapshot of some recent data and cautionary tales.

According to Laurel Hill’s 6th annual report on Trends in Corporate Governance, Canadian companies typically experience between 43-70 publicized activist shareholder campaigns each year.  Activism in general was lower than usual during 2020, with only 34 public campaigns.  That drop is mainly attributable to poor optics and logistical hurdles activists have faced.

During the pandemic, many companies switched to entirely virtual shareholder meetings.  This format meant that activists could not as easily engage with the board, management, and other shareholders.

There were also some indications that shareholders may have generally felt more lenient during the pandemic.  During 2020, equity compensation plans at TSX composite companies received increased shareholder support.  Institutional Shareholder Services, a proxy advisory firm, supported every Canadian say-on-pay resolution during the year (in prior years it had opposed at least two and up to 12 such resolutions).

Companies should be prepared for a rebound of activism in 2021 as meetings delayed from last year are ultimately held.  Shareholders who may have felt sympathetic under the circumstances of 2020 may feel differently this year.

Focus of Shareholder Activism in 2020

Like in most previous years, much activism during 2020 was focused in the micro-cap and small-cap space.  About half of those campaigns targeted companies in the mining sector.  The other half included companies in technology, industrial products, and for the first time in a while, real estate and financial services.

Recurring themes in activist demands in M&A transactions include changes around the integrity of procedures followed by the board and special committees and the adequacy of related disclosure.

Typically, an activist will first approach a board confidentially with their demands and try to negotiate a resolution.  If negotiations fail, activism can take many forms:

Canada’s courts and investment community have largely accepted climate change and the risks it presents as self-evident.  In August of 2019, the Canadian Securities Administrators issued a Staff Notice providing guidance on improved disclosure by Canadian companies of risks and governance processes related to climate change, evidencing investor interest in such information.

Gender diversity is one of the fastest growing objectives of activists.  According to the six annual review of women on boards and in executive officer positions published by the Canadian Securities Administrators in March of 2021, among 610 issuers, 20% of the total number of board seats were occupied by women (up from just 11% in 2015).  Laurel Hill’s report states that all seven of the gender diversity proposals on record by late 2020 were to set the board diversity level at 40%.  The issue is becoming increasingly mainstream: advisory firms ISS and Glass Lewis have stated that they may recommend withholding votes if the nominating committee chair when the board has no female directors and has not provided sufficient explanation or disclosed a plan to address the lack of diversity on the board.

Some recent sagas highlight the power of minority shareholders to disrupt transactions.

HBC: Catalyst Capital and the power of the minority

Under Canadian securities laws, transactions between related parties (including a company and holders of 10% or more of its shares) are subject to heightened disclosure, valuation, and shareholder approval requirements.  Activists can use these protections to their advantage.

In the Matter of Catalyst Capital Group et al arose from a proposal announced in mid-2019 by a group led by Mr. Richard Baker, the Governor and Executive Chairman of Hudson’s Bay Company (HBC).  Mr. Baker proposed to take the company private at a price of $9.45 per share, later increased to $10.30.  At that time, the Baker group held about 57% of the shares of HBC.

By virtue of related party transaction rules, the deal required the approval of a “majority of the minority” of shareholders at a meeting.  Under securities laws, the votes of the Baker group would be excluded from the count.  HBC scheduled the shareholder meeting for mid-December and disseminated a circular to shareholders.

After the arrangement was announced, Catalyst, a Canadian private equity firm, acquired about 17.5% of the shares of HBC.  This made it a formidable voting force, since only the 43% of outstanding shares not held by the Baker group would be counted at the meeting.

In the words of the Ontario Securities Commission, Catalyst “actively opposed the Transaction through its engagement with HBC, through the press and through complaints to Staff of the Commission.”  It also solicited votes against the transaction.

In November of 2019, Catalyst announced its own offer to purchase HBC, at $11.00 per share.  HBC’s special committee responded several days later to state that the Baker group was not interested, making completion of the transaction impossible.

Undaunted, Catalyst applied to the Ontario Securities Commission.  It asked for, among other things, orders requiring HBC to amend its circular and postpone the shareholder meeting.  The Commission found that HBC’s disclosure had been inadequate, particularly with respect to the valuation of HBC’s real estate.  The Commission ordered the company to amend the circular, which required delaying the shareholder meeting.

While Catalyst did not get everything it asked for from the Commission, the disruption to the deal must have been real.  The Baker group subsequently increased its offer to match Catalyst’s $11.00 bid, representing a 16% increase to its original offer of $9.45.  HBC and Catalyst eventually entered into an agreement supporting the arrangement.

While Catalyst’s campaign was unorthodox, it is a striking example of the power of a minority shareholder in a related party transaction.

Torstar: a battle for shareholder votes that landed in court

In February of 2020, Torstar Inc. received an unsolicited offer from NordStar Capital LP to purchase the company.  NordStar initially offered $0.566 per share, which was negotiated up to $0.63.  Torstar entered into an arrangement agreement with NordStar, and holders of 61% of Torstar’s shares entered into “soft” lock-up agreements.

After Torstar announced the arrangement, it received a non-binding unsolicited offer from Canadian Modern Media Holdings Inc. (CMMH), a newly formed company controlled by a small shareholder of Torstar.

CMMH proposed to acquire Torstar at $0.72 per share, to which it later added a contingent value right in addition.  NordStar, in response, raised its offer to $0.74 per share (an increase of over 30% from its original offer).  However, it required the shareholders to enter into “hard” lockup agreements to vote in favour of the NordStar transaction.  They did so, and Torstar announced the amended arrangement.

CMMH came back with a new offer of $0.80 per share, but it was too late. The Torstar board concluded that due to the hard lockup agreements, no other proposal could gather the necessary votes to succeed.  Torstar held its meeting, shareholders approved the transaction, and a court approved the arrangement as fair and reasonable.

While CMMH was unsuccessful in its bid, its involvement may have helped the Torstar shareholders get a better deal from NordStar.  However, it came at a cost: the disruption and delay associated with CMMH’s court filings could have seriously affected the NordStar closing.  The Torstar decision also demonstrates the strategic value of “hard” lock-up agreements.

The reasons of the Ontario Securities Commission in In the Matter of ESW Capital, LLC and In the Matter of Optiva Inc. stand for, among other things, the respect that regulators will show for minority shareholders’ freedom of choice.  Optiva is also notable for the importance it places on adherence to recalibrations of take-over bid rules from 2016.

ESW applied for an exemption from the 50% minimum tender requirement for an intended take-over bid of Optiva Inc.  The opposition of two other control block shareholders guaranteed that ESW could not meet that threshold.  Without meeting the tender requiremen, it would not be able to take up the remainder of the shares.

ESW argued that its offer would allow non-control block shareholders who wanted out to exit at a substantial premium.  The Commission disagreed, noting that an exemption could result in shareholders feeling pressured to tender their shares.  They might otherwise be left in a company with a substantial controlling shareholder and further reduced liquidity.

The Commission observed that the current regime “makes it possible for control block holders to have greater leverage and to misuse that leverage”, for example by refusing to tender their shares and thus guaranteeing that a bid will fail.  It concluded that take-over bid applications would involve a fact-specific analysis to determine whether shareholder choice was being undermined, and whether the requested remedies were in the public interest.

Here, the Commission found that the evidence fell short of demonstrating abusive or improper conduct.  Preserving the minimum tender requirement held open the possibility of superior offers.  It also protected against potential coercion of the minority shareholders, and prioritized the predictability of the existing rules.

2018 was a big year for US hedge fund Paulson & Co.  It waged a largely successful proxy contest against Detour Gold Corporation, with five of its eight nominees elected to the board.  That year, Paulson also started the Shareholders’ Gold Council, a coalition of gold industry stakeholders established to conduct research reports and studies of interest to investors in the gold industry.

In September of 2020, the Council issued an open letter to global gold company CEOs and boards, setting out specific ideas to make the sector more attractive to investors, and include:

While the letter is framed as helpful advice, it signals expectations that investors increasingly have even in great market conditions.  The 24 signatories to the letter represent a broad array of sophisticated investors and market participants.  Activist shareholders are no doubt keeping tabs on the expectations they establish.

Activists can play an important role in corporate accountability and dealmaking.  Here are some things for would-be activists to keep in mind:

Companies may be more at risk of activism if their share price is lagging, or their performance or compensation framework is out of line with their peers.

Related party transactions, because of the additional obligations and shareholder protections they entail, also tend to attract activists. This year, activists could also focus on companies that were ill-prepared for Covid-19.

It is often best practice for boards to assume that an activist is already in their midst.  Some common measures boards can take to mitigate the risk of activism include: